Posted by Sufi in Events, Technology

DTV transition took place earlier in the mid of this year after a gruesome fight for change of deadlines. Being in the test team and thus, down at the SDLC chain, the change of deadlines had a significant impact on our work load. Nonetheless, both the web team who were responsible for designing and developing the site and the test team did a great job on the successful relaunch of DTV 2.0 and keeping up to its hype even till after the transition, which finally and gracefully* took place on June 12th of this year. Fortunately or unfortunately, I had joined the team at a time of heavy DTV workload nearing the crunch time.
I took the liberty to walk down to the DTV Command Center inside the FCC building and took these pictures there during the time of transition.

* No animals were killed in the process of this transition. The term excludes all server failures. 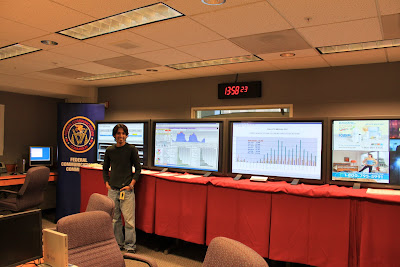 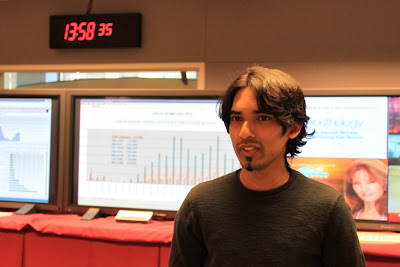